Meet our esteemed list of advisors! A who’s who of influential members from the world of health, they lead online communities and author content that supports millions of people who struggle with illness worldwide. It’s their words and actions that led to the creation of CureClick, so it’s only fitting that their input continues to help shape and improve the platform’s evolution. As advisors, they provide feedback on new features, member benefits, and partnership opportunities, and will even author content specifically for the CureClick community. Check out their backgrounds below and be sure to visit their social profiles to support their efforts! 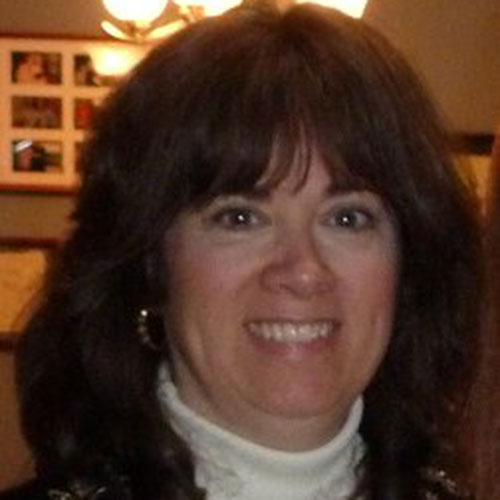 Kathy is co-founder and co-editor of Senior Care Corner, where she shares with other family caregivers her expertise on senior adults and caregiving, expertise she has gained through over 25 years working with seniors, families and caregivers in both her professional and personal life. Kathy has worked with seniors in their homes as well as in nursing homes, assisted living, rehab and hospital settings.

Kathy started Senior Care Corner with her husband because they realized there are unfulfilled needs for information that family members and other caregivers of elder adults can use to improve the lives of the seniors who they love and/or for whom they care. In her profession as a dietitian, Kathy gets to know elderly adults and their families closely in learning about their specific needs and situations, helping them find solutions to their issues. In doing so, she works closely with other healthcare professionals and has a broad understanding of seniors’ needs.

Kathy is active on Twitter as the voice of Senior Care Corner at @SrCareCorner. 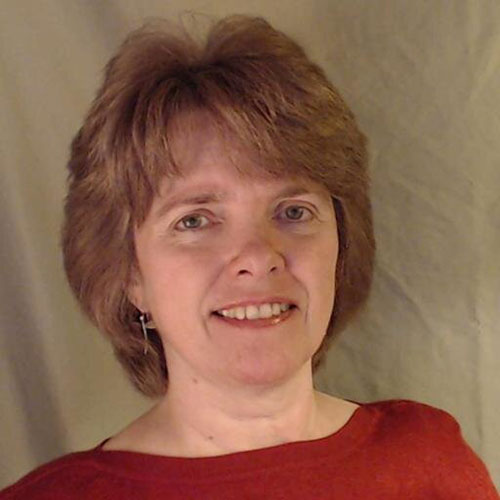 Jeri was diagnosed with MS in 1999 and after 8 years of a therapy that was not working for her, she had lost all hope. Encouraged by a new neurologist to consider a clinical trial, she entered the TRANSFORMS study for the first ever pill form of treatment for the disease. Her dramatic story of success compelled Jeri to begin advocating for volunteering.

Research should not be a last resort when all else fails, but should be an option when comparing therapy choices or other interventions. By taking part in a clinical trial patients often experience the benefits of cutting edge treatments long before it’s widely available. 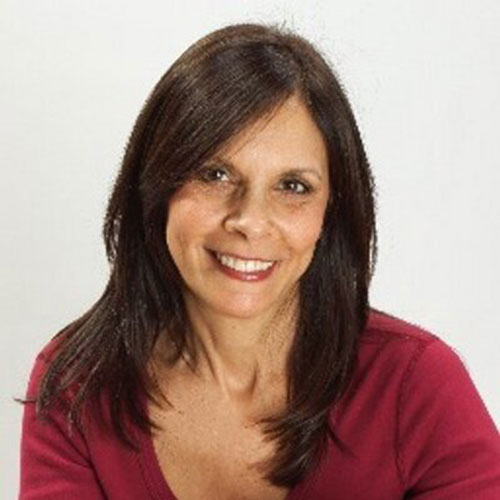 Diagnosed with invasive breast cancer in 2006, AnneMarie Ciccarella embarked on a path of patient advocacy in 2011 when late onset and worsening effects of cognitive issues caused by chemotherapy forced her off her former career path. Her mom, with two separate breast cancer diagnoses at twenty-year intervals, is now living with metastatic disease. This has made AnneMarie more determined than ever to encourage people to look beyond the pink ribbon.

AnneMarie sits on a number of scientific advisory boards, has served as a patient advocate on research grant applications and has participated in the peer review process to evaluate applications for funding recommendation. From bench to bedside, she believes the patient voice should be included along the entire continuum of care.

She has lobbied Congress for research funding and was invited to a join a group of advocates at a White House meeting with high-level administrators. Interviewed on radio, TV, online video and featured in number of national print magazines, she has spoken at several different venues on all aspects of patient engagement.

Recently her advocacy moved into the area of mental illness and diseases of the brain and is she currently working on a project to address the effects of cancer and its treatments on sexuality. AnneMarie believes in the power of social media to learn, to teach and above all, to support others. 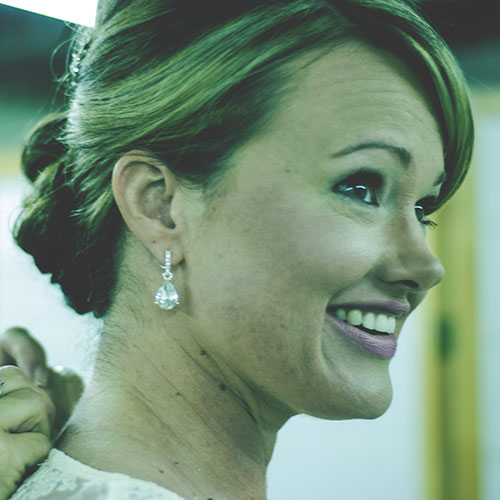 Amy Cleaver is a passionate health activist who strives to share the power of social media with others struggling with health issues. She began her work as a health activist in 2009 after she spent time seeking support for her own health issues. As a result, she began blogging and participating in online communities, originally for her own support, but quickly as a way to help offer support to others and to bring together communities. She created the Mental Health and Social Media Chat (#mhsm) on Twitter in February of 2010 which was successful in creating a worldwide community of those who desired connecting and discussing mental health topics and creating awareness for many issues that are often not discussed. Eventually, Amy turned the handle and controls over for the chat as life became increasingly more full, but she remains passionate about mental health issues among others. Chronic pain conditions, Fibromyalgia and Autism are also health issues that Amy finds of particular interest as they also effect her life directly.

Currently, Amy is a full-time mom and wife while she also works as a Social Media Project Manager and Virtual Assistant. As a mom to 5 now, she is working hard to continue engaging with the health activist community and share her passions online. She is excited to be a part of the CureClick community as this provides another avenue for sharing information and access to health care that is far too often overlooked and misunderstood. 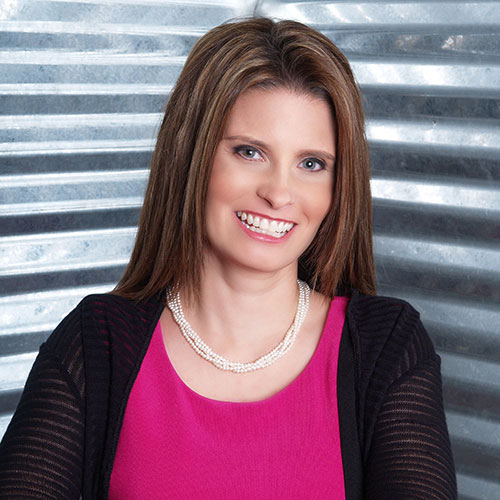 Barby Ingle is a chronic pain educator, patient advocate, and chairman of the board for the Power of Pain Foundation, as well as a motivational speaker and bestselling author on pain topics. She has been a pain patient since developing endometriosis in 1997, and reflex sympathetic dystrophy in 2002. She began mentoring other patients in 2006. Barby also serves on the board of advisers for CureClick, is a member of State Pain Policy Action Network, and a founding member of Chronic Pain Advocacy Task Force.

Prior to her auto accident causing chronic pain and subsequent surgeries, Barby was a business owner, event coordinator and head coach at Washington State University for the spirit program. Barby managed a staff of 40 employees and over 50 team members. She had been speaking at charity events, awards ceremonies, special groups and all kinds of public venues since 1990 as part of her job as a cheerleader, Collegiate Head Coach, business owner and now as a patient advocate.

She graduated from the George Mason University in 1994 with a degree in Social Psychology and a minor in dance. Barby uses her skills from cheerleading to inspire and motivate patients to be self-advocates and offers tips and tools for patients, caretakers and healthcare professionals. She has also served as a national speaker, author of the Cheertec Coaches’ Handbook; six part DVD Series on cheerleading, RSD in Me!, ReMission Possible; Yours if You Chose to Accept It, Real Love & Good Sex, Aunt Barby’s Invisible Endless Owie, and The Pain Code Book and Journal. 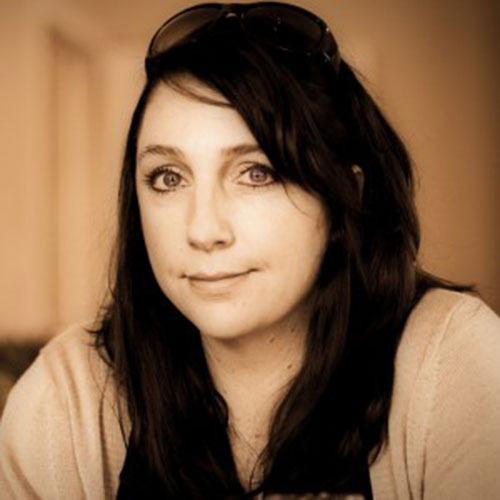 Amy Ohm is the founder and CEO of TreatmentDiaries.com. Treatment Diaries is a private online patient community that allows patients, caregivers and healthcare advocates to share their personal journeys with illness anonymously and to read the accounts of others.

Ohm’s melanoma diagnosis inspired her to establish Treatment Diaries. She didn’t find many places where she could anonymously share and learn from others.

The Treatment Diaries platform provides a place where patients can “make authentic, quality [and] lifelong connections,” Ohm told eyeforpharma.com. In addition, they can learn from the experiences of others who face the same medical issues, in a safe, private environment.

TreatmentDiaries is changing social by bringing significant value to the healthcare marketplace through the connections of those living with and caring for those with a chronic illness. By virtue of exchanging insights and gathering information, consumers are beginning to take action, building toward maintaining healthier behaviors despite living with a chronic condition. 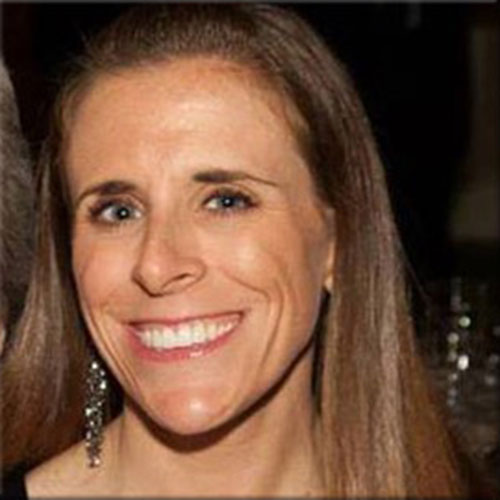 Erin Smith was diagnosed with Celiac Disease in 1981, so she has been eating gluten-free almost her entire life. Erin has a unique perspective of growing up in the gluten-free community. She is passionate about sharing her experiences and gluten-free expertise with others. Erin has embraced her Celiac Disease diagnosis and lives her gluten-free life to the fullest.

Erin has been writing her gluten-free lifestyle website Gluten-Free Fun since 2007. On her website, she takes an upbeat approach to living gluten-free just as she does in in her life. She gives honest product reviews, restaurant suggestions, general tips and more about not only living, but thriving with Celiac Disease.

In 2011, from a hotel room in Prague, Czech Republic, Erin launched Gluten-Free Globetrotter®. This website encourages those with celiac disease to travel the world and not be scared about eating gluten-free away from home. This website also shares gluten-free travel tips, international celiac resources, itinerary planning assistance, and positive reinforcement to those who are gluten-free and want to travel the globe. As someone living with Celiac Disease for more than thirty years, all of Erin’s travels have always been gluten-free. She’s been to 28 states, 18 countries, 3 continents, and always 100% gluten-free! 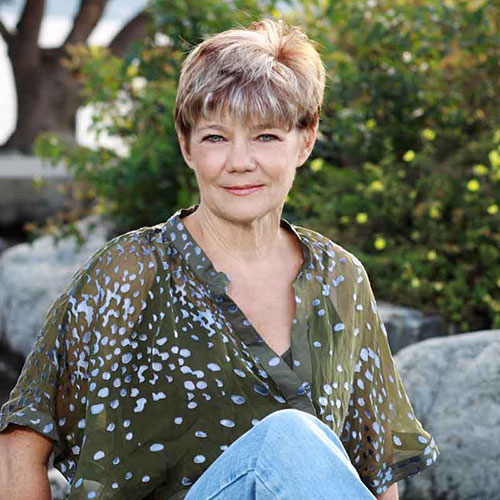 Shelley Webb is truly the voice of experience when it comes to caregiving. With more than 30 years of service as a Registered Nurse, RN Case Manager, Geriatric Care Manager, caregiver to her father and now a long distance caregiver for her mother, she has “been there and done that” both personally and professionally. An “overnight” caregiver to her father, her priorities instantly changed and so did her workplace.

At “The Intentional Caregiver”, Shelley and her network of experts have become the definitive source for educational materials, encouragement and successful strategies to enable the caregiver to create an easier, less stressful and even more rewarding role.

Currently a consultant, coach and advisor to caregivers world-wide, she is also a volunteer with the Alzheimer’s Association, a panel expert at ShareCare.com and an expert writer for several on-line “boomer”, aging and caregiving resources. 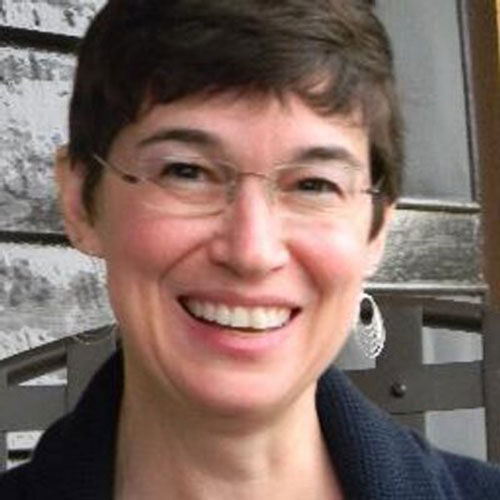 Debbie Woodbury is a cancer survivor, writer, speaker and advocate. In 2008, she entered the diagnostic and treatment phases of breast cancer. When she completed treatment in 2009, the emotional impact of cancer hit hard. The healing support of family, friends, therapists and, especially, other cancer survivors, inspired her to found WhereWeGoNow.

As an inspirational speaker, Debbie brings hope to cancer survivors and the patient experience to medical professionals. Her books, You Can Thrive After Treatment and How to Build an Amazing Life After Treatment, share her simple secrets to creating inspired healing, wellness and live out loud joy beyond cancer.

Giving back is one of Debbie’s simple secrets to thriving after cancer. Pivotal to her healing, Debbie gives back by working with the Cancer Hope Network, The Pathways Women’s Cancer Teaching Project, and the Carol G. Simon Cancer Center Oncology Community Advisory Board at Overlook Medical Center, Summit, NJ.

Debbie is also a wife, mother, and a former very stressed out attorney. To learn more, join her at WhereWeGoNow and follow her on Facebook and Twitter. 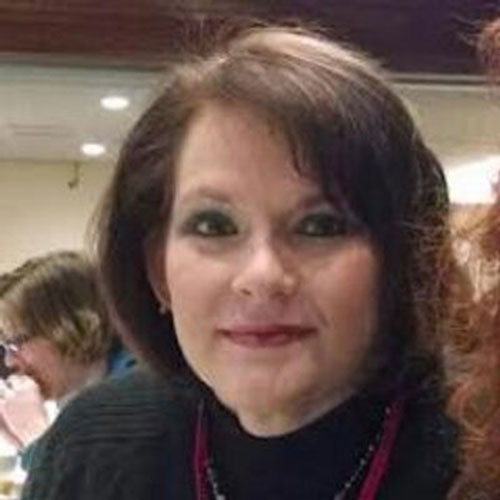 Tracy was born with a Chiari Malformation 1 and didn’t become symptomatic until she was 31 years old and developed associated additional Rare Disorders. Through her journey she realized she had to help others not have as difficult path to follow.

Tracy worked with 40,000 International Rare Disease Patients to improve their daily lives and continues to Advocate for all Patients on a broader forum. Her background and education is in Managed Health Care.

Tracy started “Patients For Clinical Research” with another EPatient/ Patient Advocate, Author and friend, Casey Quinlan. Since starting they have recruited eight additional Patient Specialists to help develop strategies, and to create a patient education platform.

She is a 2013 MedX EPatient Scholar, an active Member of the Society of Participatory Medicine, and most importantly — a proud educated, dedicated Patient Advocate.