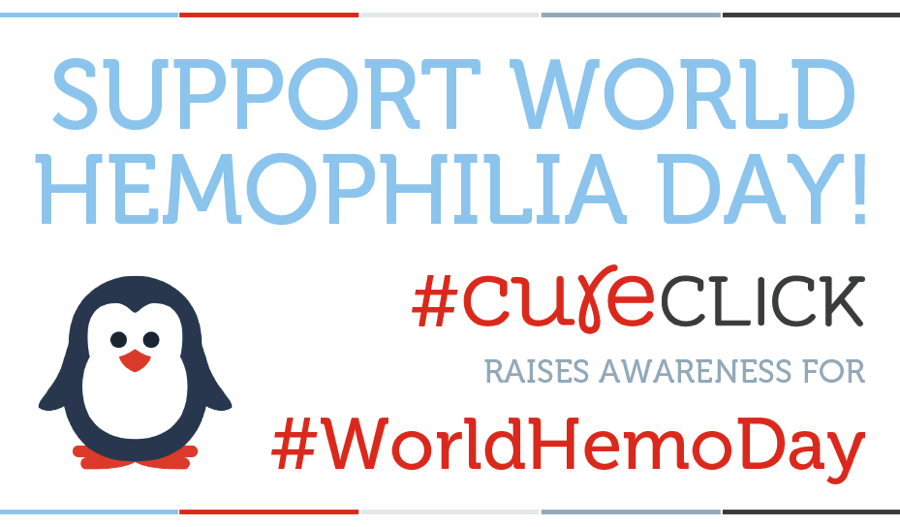 April 17th was World Hemophilia Day and CureClick is proud to support and raise awareness for this disorder that affects countless lives worldwide. Dozens of CureClick Ambassadors showed their support over the weekend, generating over 750,000 social media impressions, creating the chance to talk about this inherited blood disorder.

According to the World Federation of Hemophilia, 1 in 1,000 people globally has a bleeding disorder, with 1 in 10,000 suffering from hemophilia. Most live undiagnosed and go without treatment. Hemophilia impairs the blood clotting process, which makes people with the disorder bleed for a longer time after an injury. People with severe hemophilia experience spontaneous bleeding into joints, muscles, or other parts of their body. With this condition, internal bleeding can cause major damage and may become life-threatening.

Due to the rare nature of bleeding disorders, not many people are aware of them and as a result, most cases are left untreated. Help support World Hemophilia Day and talk to your family and friends about bleeding disorders. Together, we can close the gap of hemophilia treatment and care.

If you’re interested in learning more about CureClick and joining the crowdcaring army, check out the CureClick Ambassador Program.